Functional Fascia aims to bring information on functional movement and the ‘missing anatomy.’  So much of what we see in anatomy books is not how the body really hangs together but is edited highlights.  For those working in the field of hands on body work, this creates not just a problem of interpretation, but of understanding.  Simply put, a new anatomical paradigm is needed. One of understanding the anatomy that gets thrown away and describing the tissues so often classed as ‘poorly described.’

Julian Baker has been a hands on therapist for over 25 years.  The founder of the European College of Bowen Studies, ECBS he has taught thousands of students over the years the skill of The Bowen Technique, a non invasive system of fascial release. He is the author of two books on Bowen and Fascia and has contributed hundreds of articles about bodywork, fascia, dissection and the human form.

A popular and sought after speaker, he has presented widely at conferences around the world and  as well as speaking, has been on the organising committee of the British Fascia Symposium since its inception in 2016. Since 2006 he has been leading human dissection courses throughout the UK focusing on the fascia and connective tissue structures, rather than standard anatomical approaches.  From these studies we are able to see that the traditional way of teaching how and why the body works needs adjustment and a shift in understanding.

There is a lot of incredible science out there in relation to fascia and some very important research taking place that will change the way we understand functional movement. However much of the science is theoretical and complex in its terminology.  The Functional Fascia model is to simplify and make the understanding of functional movement accessible and easy to understand.

The sole purpose of this dissection process is to deepen the understanding of human movement, how we get injured or stuck and what happens to our form when we do. The aim is to benefit others by exploring the tissues that someone carried around for many years. 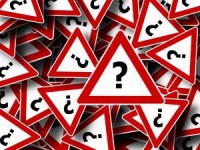 Dissection and Ethics. Who Makes the Call?

The stuff that hangs around in trees in Southern USA has a lot in common with fascia.

An Interview with Robert Schleip

Does knee pain on running always come from the knee?  Plantaris as a structure could be involved. 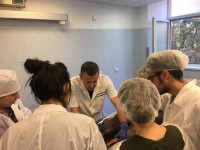